Chief Joseph Pass is located on the Continental Divide between Montana and Idaho. Named after the infamous chief of the Nez Perce tribe, the pass sits at 7,241 feet at the southern end of the Bitterroot Range and is traversed by MT-43. The pass is surrounded by the Beaverhead-Deerlodge and Bitterroot National Forests, making is a superb location for year-round recreation. Travelers can hike down a portion of the Continental Divide Trail, cross-country ski on 25 kilometers of groomed trails in winter, view wildlife on the summits and slopes, and enjoy a range of other outdoor activities.

From the Bitterroot Valley, drive south on US-93 before turning left at MT-43 E.

It takes just under an hour to drive to the top of the pass from Hamilton, Montana. 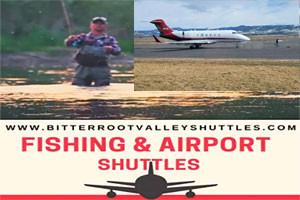